The Times They Are A Changin’

Solomon wrote: “There is a time for everything and a season for every activity under the heavens.” This quote is the opening line of the third chapter of Ecclesiastes. What time is it for you? Can you discern the times? What season is it in your life? More recent than Solomon, Dylan wrote, “The times they are a changin.” 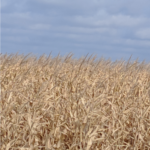 Last August brought heat and daydreams as it always does, even during a pandemic. Now, September is almost gone, and fall and winter are on their way. It seems Spring turned to Summer just the other day.

My thoughts drift to Dylan: 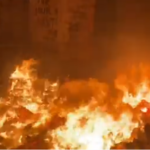 The next season may be fiery and tumultuous. There is political unrest in the country, and it reminds me of patients that suffer from Self Injury. There is a similarity between the rioting and this health issue. The Mayo Clinic defines self-injury as “the act of deliberately harming your own body, such as cutting or burning yourself. It’s typically not meant as a suicide attempt. Instead, this type of self-injury is a harmful way to cope with emotional pain, intense anger, and frustration.” 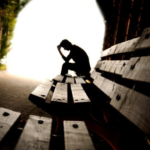 (The above picture was from the March 10, 2017 issue of Association For Psychological Science. Click picture for link.)

Likewise, there has been a slew of riots where citizens are destroying property. These alleged protests about the oppression of people degrade into riots and wreak havoc in the cities and neighborhoods of the oppressed, thus harming the people they claim they want to help. The March 10th article mentioned above asserts, ” Although behaviors like cutting or burning are painful, and can even lead to long-lasting injuries, many people who engage in (it) report that these behaviors help them feel better.” The article continues with three hypotheses to explain why someone would engage in such a destructive manner. One that piqued my interest is “that people engage in self-harm as a form of self-punishment: Highly self-critical individuals may regard pain as something they deserve, and pain caused by self-injury is interpreted positively.”

So, what’s the point?

Collectively as a nation, we have been fed a diet filled with the antitheses of American exceptionalism. Consequently, many no longer believe in an ideology based on liberty, equality before the law, individual responsibility, republicanism, and representative democracy. These non-believers see the founding of the nation to have occurred illegitimately. Many of them lash out in anger and frustration. Similar to individual patients, which the Mayo Clinic states, that although you may be shocked and scared, “self-injury is too big a problem to ignore or to deal with alone.” Likewise, from a political perspective, citizens must rise to defend our founding principles from those seeking to harm themselves and others.

It is time to teach the truth.

To borrow a phrase from typing books used in schools, “It is time for all good men to come to the aid of their country.” We must not let lady liberty use her torch to burn herself.  We must sing to her and remind Americans that America is beautiful.  From sea to shining sea, we must ask God to crown our good with brotherhood. We must ask God to mend our every flaw and to mend our soul with self-control and our liberty in law. We must dream of when our cities can gleam undimmed by human tears.

These familiar words are from the song, America the Beautiful. Through God’s help, we can ease emotional pain, soothe the angry, and the frustrated. Solomon was correct; there is a time and place for everything. Dylan was right too, “The times they are a changin,” hopefully for better days.