Pray That The Ground Swallows Our Enemies

If we read, watch, or listen to political news for an extended amount of time, we may pray that the ground swallows our enemies. If we are conservative or progressive or somewhere in the middle, it doesn’t matter. We may soon conclude that we cannot reason with those who disagree with us. The Bible has a story in the book of Numbers in the sixteenth chapter about just such an event.

Some people became insolent and challenged Moses’s authority to lead the Israelites. Moses prayed to God about it. God’s response was pretty straightforward. Numbers 16:31-33 (NIV) reads: As soon as he finished saying all this, the ground under them split apart and the earth opened its mouth and swallowed them and their households, and all those associated with Korah, together with their possessions. They went down alive into the realm of the dead, with everything they owned; the earth closed over them, and they perished and were gone from the community.

Don’t pray for your enemies to go to hell.

Wouldn’t it be great if we could make our enemies disappear? Be careful what you ask. If we’re not given the same authority that Moses had, the ground might begin to crack beneath our feet. 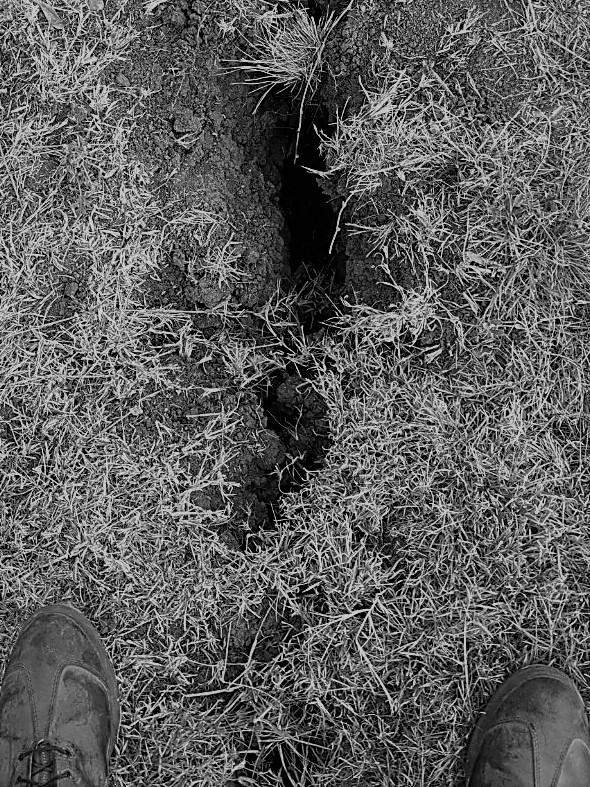 For argument sake, if your enemy claims he has the moral authority and you claim you have the moral authority, which one is right? We don’t live in a theocracy as the Israelites did during the time of Moses. So, how do we win our arguments for the hearts and minds of the electorate?

Perhaps the answer is by doing the same thing Moses did. He prayed. We may not get a spectacular miracle, but maybe we will convince our adversaries to see the light. I believe I recall a story by President Lyndon Johnson. He said that he learned when he told his adversaries to go to hell, they didn’t. They were still around, and he still had to deal with them.

We may wish our enemies would go to hell, but it is a far better thing to pray for them. It is not our job to decide who goes to hell. Leave that to God. We may be our own worst enemy. If we are, we’re sure not going to want the ground to swallow our enemies. That would be asking God to have the earth swallow us.

Let us pray for a mountain to move and change the heart of our enemies.

Remember the words of Jesus in Matthew 17:20, He replied, “Because you have so little faith. Truly I tell you, if you have faith as small as a mustard seed, you can say to this mountain, ‘Move from here to there,’ and it will move. Nothing will be impossible for you.” Jesus was replying to his disciples that had asked why they were unsuccessful in casting out a demon from a little boy. We can pray that the ground swallows our enemies, but praying for a mountain to move and change the hearts of our enemies may be a better plan.