Something was afoot during the Mount Rushmore protest. The protestors appear to have been running a reconnaissance operation. People were filming the response to the protest, and they were taking notes on the tactics used by law enforcement. On camera, the photographers discussed, the police and national guard tactics as though they were making a training film. The hair on the back of my neck stands up when I witness reconnaissance on our troops. A need to study law enforcement tactics indicates more unlawful acts are intended. 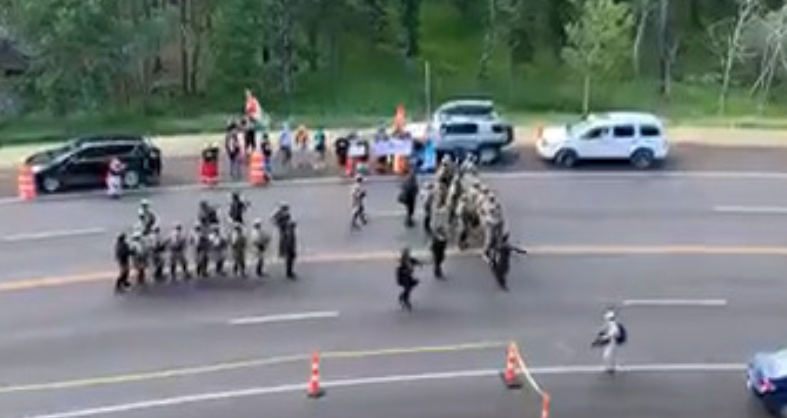 Some say we are in a culture war, a battle of ideas, for the hearts and minds of the American people. The media and elected officials from the Democrat Party plagiarized an interview filmed during the protest. The media, the Democrat politicians, and the protestors were working together as well as a hand in a glove. Is it too much to assume that more significant protests are in store courtesy of the side that was documenting the tactics of law enforcement?

A battle of ideas should not be concerned by police tactics. The protestors blocked a public road. They had an area along the highway where people driving to the 4th of July celebration could have seen their signs, and they would have got their point across. They decided to participate in civil disobedience instead. That alone isn’t that big a deal. It is when they start focusing on law enforcement instead of their message that I begin to worry.

I’ve heard the accusation before about the Political Left. “Let’s create a problem, then ask the voters to elect us to solve the problem.” So here we have “protestors” most didn’t appear to be American Indians protesting about the images on Mount Rushmore. Add to this, multiple photographers photographing the police and national guard. Then add a guest on camera give a talk about “White Supremacy” and the evils of the founding of America. Then you have the media and Democratic leaders repeat the words of the guest without reporting it as a quote from the speaker. It seems the Left is escalating the culture war beyond just a battle of ideas, and patriotic Americans are their enemy.